How to Fold an Origami Star 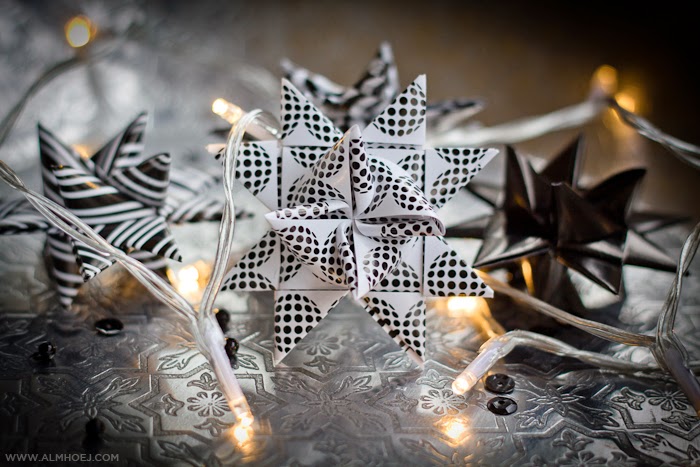 I wanted to leave you with a small craft project for the weekend. So let's flash back to Christmas 2007. I was still in school. Flemming had a trainee position. We had gotten married the year before and bought a house which we had moved in just a few days after Christmas the year before. In other words - our very first Christmas in our own house. To say that money were tight wouldn't be completely wrong. We wanted a Christmas tree but didn't want to spend the money on random ornaments that we picked out because they were a) cheap or b) available. So night after night we spend folding traditional Danish Christmas stars in paper strips. Our first tree consisted of almost entirely these stars and a few borrowed Christmas lights but it was ours. Although we've invested in other Christmas ornaments since we still use all these stars year after year, even though they are beginning to go a bit yellow and creased. They are a reminder of that first year and hours spend together as a couple.

So today I'm going to show you how to make them. I've tried to sketch the process so hopefully it'll make sense. But be warned - explaining something really puts my language abilities to the test. Wouldn't it be so much easier if you all just learned Danish? No? 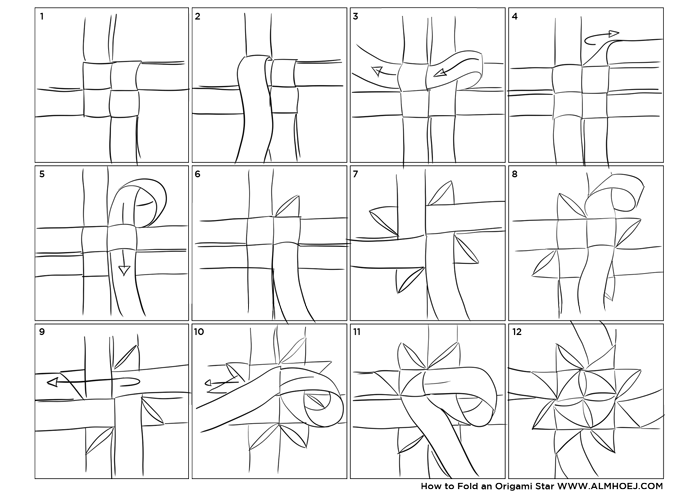 1. Cut 4 paperstrips of approx. 50 cm (20 inches) and fold them on the middle. They should be around 1.5 cm  (0.6 inches) wide. Hold one strip horizontal with the open ends toward your right and hang the next strip over the first. Hang the third strip over the second and lastly the fourth over the third. Pull the fourth strip of paper through the eye of the first strip. Push them together so you form a square.

2. Turn your star over and fold down half of each paper strip. Start with the top one and continue with the left, the bottom and finally the right one.

3. Lock them into place by putting that last paper strip underneath the first one.

4. Now take the short one of the paper strips on the top of your star and fold it diagonally back towards right.

5. Fold it back towards the center and pull it through the center.

6. Pull until you have a small triangle. Try not to overpull it as it might break but you still want to have a crisp straight triangle.

7. Rotate the star and continue with folding the three other short paper strips.

8. Turn the star over and do the same in the four remaining corners.

9. Now lift the top right strip and fold it to the left. Don't make a hard fold - simply lift it away so you can do the next step.

10. Take the South strip and fold it back and around so you can slip it into the center. It should come out of the top left corner triangle.

11. Do the same with the three other paper strips and you are done with the first side. 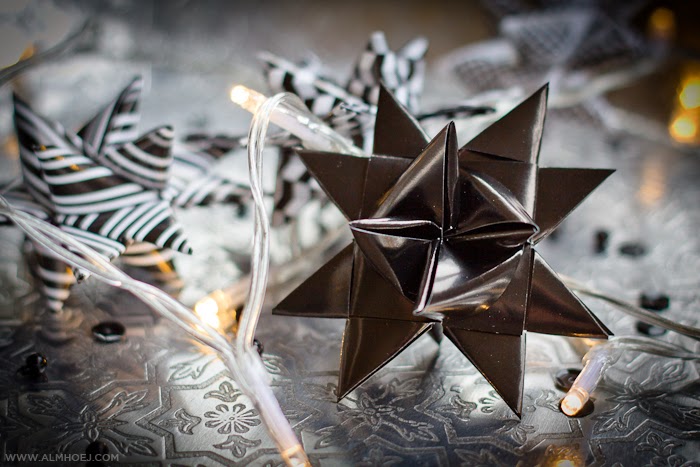 Cut off the paper strips coming out of the corner triangles and your star is done and ready to be enjoyed.  So there you have it. A Christmas star - just like the ones that decorate our tree year after year.

I'm linking up today with the following sites